Living abroad allows you a unique insight into how “the others” live – a wonderful world which any native is forever blind to (this, of course, applies to myself when I’m back in Norway!)

On these pages I have listed some of what I find to be the quirkier sides to British culture, people, food and attitudes to pets. Please note these are my own observations based on pure ignorance of the wider historical context of why things are the way they are in this country.

The lack of salad dressing 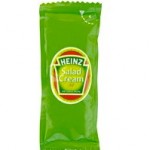 As I sat down to eat lunch at a Manchester bar this afternoon, I suddenly realised how very, very rare it is to get any kind of dressing on your salad. Because today I DID get a nice dressing (without asking for it) and it was such a shock that I realised I’ve become accustomed to eating dry, often tasteless lettuce – if only to soften my bad conscience for tucking into another burger.

And by dressing I do not mean the usual tray of

What I mean is some decent olive oil, some vinegar or citrus juice, salt and pepper. Not hard. But non-existent in most low to mid-range outlets here in the UK. Why? I have noticed a lot of people here don’t tend to eat any of their side salads. Perhaps the chefs feel a nice dressing would be wasted because no-one eats the green stuff anyway. I think more people would, if only there was some nice dressing to be had.

Britain: the home of some seriously weird “sporting events”

Most British people I’ve met think ski jumping is – well, not quite natural. Neither is biathlon, they say, when I explain the concept. Yet to me the number of downright weird activities the British get into in the name of a good competition (and usually as a good excuse for drinking a lot of beer in celebration) far outstrip any attempts by us Nordic people to be exotic.

Here are a few of these annual events I’ve discovered so far:

Cheese rolling, Coopers Hill Annual competition near Gloucester where brave locals chase a cheese down the very steep Coopers Hill. It’s like rugby on a 45 degree pitch, and as dangerous. Thanks to health and safety (too many spectators, not concern over the wellbeing or sanity of the competitors) the event was cancelled last year – but went underground (!) and was held unofficially anyway. You begin to see why the Saxons were so good at fighting wars.

Lee Dam New Year Swim For over 50 years, the locals of Lumbutts, Todmorden (north of Manchester) have stripped to their underwear to chase a wooden cup thrown into a small, local lake. On New Year’s day. Which is bloody freezing. Sadly this event has been caught in the crazy health and safety net which means the swim has turned into more of a dip in recent years, as the local sports club organising it have not been able to get proper insurance against, well, frostbite/shock/drowning and the like.

Worm charming At the World (yes, World) Worm Charming Championships at Willaston, each year people compete to “charm” as many worms as possible out of the ground in half an hour. The method of choice is to stick a garden fork in the soil and vibrate it. The record is 567 worms in 30 minutes. Mmm.

The Maldon Mud Race Well, it’s what it says on the tin really – a race through mud. To be precise, the muddy bed of the River Blackwater in Essex. Usually held in December, it’s been postponed this year due to freezing conditions and rescheduled for 25 April. Still a chance to enter, folks!

15 strange things the British do in winter 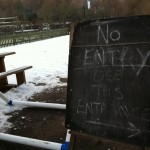