Many around the world cheered when the Nobel Peace Prize was awarded to Malala Yousafzai along with Indian campaigner Kailash Satyarthi in Oslo earlier in October. But away from the celebrations, the Norwegian Nobel Committee itself has come under fire. Critics are now calling for a serious shake-up of how its members are selected, saying it needs to prove its independence from the Norwegian government. Here’s my piece for Inside Europe on Deutsche Welle Radio: 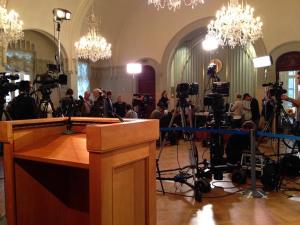 Independent? The Norwegian Nobel Committee is not perceived by all to be entirely independent from the Norwegian government