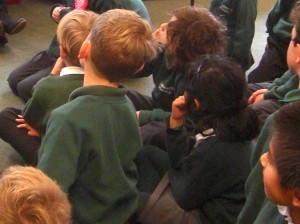 The face of UK's primary and secondary education is changing

The UK is known world-wide for its private schools – think Harry Potter and Hogwarths, or Eton, the school of choice for royals and prime ministers. But now the state school system is going through a transformation which sees many primary and secondary schools opting out of state control to be run privately. They are called academies, and critics say the conservative government is privatising the school system through the backdoor. Here’s my report for Inside Europe on Deutsche Welle Radio: